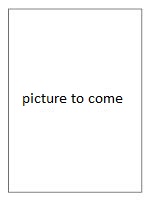 Born in Ottawa, Canada, Etbonan Karta (E.K.) is also known by the spiritual names of B. Simhananda, Sri Adi Dadi, Ken N.O. Sho and Dadi Darshan Dharma. From the most ancient spiritual sciences that have influenced our planet, to the new approaches of our modern times, all is known to his consciousness. His teaching is a source of inspiration for many, touching everyone in a unique and yet unifying way.

An eminent lecturer for the past forty years, E.K. has brought a fresh, simple, energetic, and often humorous approach to what many of us might consider as serious stuff… “Esoteric Spirituality”.

Etbonan Karta recognizes that all paths lead to God. His synthesizing, integrative, and universal approach to esotericism breaks down all possible barriers existing between races, religions, and nations. His teachings, an East-meets-West tonality, reveal that all spiritual paths are not opposed but complementary parts of the same unified whole. His englobing vision is that of One Humanity unfolding out Spiritually into an awakened Aquarian age, in perfect harmony with the hidden Plan and Purpose of our solar system.

Erudite, poet, music and art collector, he has traveled the world and has met numerous Instructors who have given him invaluable insight into his teachings. He has rendered homage to those, like himself, who work towards the evolution of mankind.

Etbonan Karta devotes most of his time to teaching and writing. He invites all seekers to explore the hidden truths waiting to be revealed.